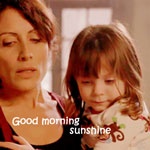 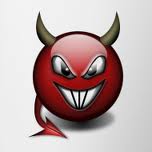 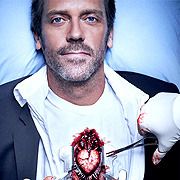 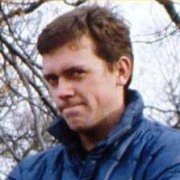 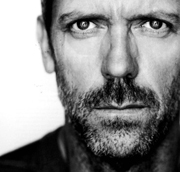 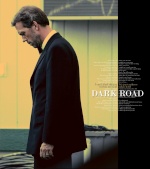 Very interesting like episode, what i think? (thanks to google and my sister because i have a very bad english)

This episode is very special if I may say, there is a mixture between the cases of sick and Huddy, between the case and House, we discover a new arrival ... Start with a really interesting case, a scenario- suspense, ending with hallucinations (yet?)

A woman fell ill suffering from vomiting. The team discovered that the patient had another hidden identity (which has made it more interesting, at least for me

). Here, mental suffering? Psychological? Certainly one of the two since the patient was not really a physical illness. Live a lie, hiding his own identity on the other, interesting. Say that throughout the episode House is asked about the couple he formed with Cuddy. Most strikingly, these wandering eyes (I am a poet xD) on which the camera zoom. This does not remind you zoom in a 4x16? Well done! In a coma with Amber

But we are not here to talk about the 4x16, we continue to talk about the case mixed with House and Huddy. The husband of the patient is asked several questions in parallel at House on the future of his relationship with his wife. She lied about several things. House also thought the future of his relationship with Cuddy. He went to Wilson for advice or just talk, smile change to a look Halone (House Alone: sadness) said too, when sleeping alone. He wanted to move to a higher stage and hesitated to say anything to Cuddy. The change of his cane may be linked to this desire for change, although we note that the skull fell from the cane to the T-Shirt (explanation?)
The patient, meanwhile, lied to her husband and doctors pretending to be beaten by her ex-husband and she gave a false name. He asked his and she said "Jenny" whether if it's the real name!
The husband lost his composure and fought against a stranger who had never had affair with his wife. Result: A face messed up, and if you have a good eye, you have probably noticed that he had a nose injury reminding us a very familar character...

In the end, the husband realizes the deception because House forced the woman to confess the truth that made her so sick. House had found that the stomach ache were just side effects of medication prescribed by a doctor. She confessed in tears to his schizophrenia who asked her husband what to do, the mirror scene is more poignant when House found himself facing the man, both puzzled and asked the man what to do, he replied no House was not a marriage counselor but the patient was sick mentally, giving a reason to leave her husband. When the man told him that it would be hard, house seemed to be talking to himself "this is always hard," probably he thought of the sacrifices he had to do if he wanted to stay with Cuddy.
The husband ends up staying at the bedside of his wife and accept it as it was, and House ends up making a big step by agreeing to share everything with Cuddy and even take care of the kid.
Both have made sacrifices for their half, is that not cute?

This is a case mirror, impressions and thoughts perplexed by House on the turning point in his life.

Next: team : we see the arrival of a new recruit and a bit naive to me well sated. Recruited by Chase, he pinched her. Compared Kelly to Cameron, House is certainly announced the imminent arrival of Cameron in the coming episodes. Chase denied everything but the case did not let go! Dr Kelly found herself disoriented with a boss like that, and especially of satire mocking Foreman and Taub. Foreman did not stop his "attacks" when it came face to face with Chase: He accused Foreman of being too hard on Kelly because she had taken the place of Thirteen something wrong! I enjoyed this aspect of Foreman even if he returns at the end standing up to House. Not bad at all!
Otherwise it's the new recruit who had solved the case, but she decided to leave because it was not as competent than them. Lol I was seeing House comparing it with Chase's mother, Oedipus syndrome? XD

Wilson: It was great to see more in this episode. When he told House that romantic relationships are difficult, we felt at the end of the episode, as House repeated that to himself, and not confirm that the patient's husband had said.

Massage: When you think that massage is only slab error! It was a sort of cunning, a provocation on the part of House by asking a prostitute masseuse come. Not bother to describe Cuddy, you've seen her look jealous and murderous! He sent a gay prostitute for a massage (xD) double provocation. Warning that the battle begin! Cuddy was tired and did not understand how this House uses to communicate. Finally, it finishes the abscess burst saying she has not presented his daughter to him.
Cuddy hesitated but what counts is the end: we saw a sort of family dinner together.
It was a sacred massage for Huddy!

The challenge: Not the new cane! the kid chewing everything in its path, no wonder it is so. It took House's cane and put it in his mouth (not all, otherwise it would be another kind of mouth ...) watching House live in the eye. Worried, he gently removed the cane from the kid (it is obvious that Hugh Laurie loves children) and looked around, it sucks for next week .. 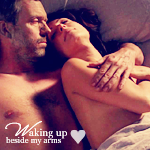